Why practice magick today?  Isn’t this method of coming to know, and interact with the world, outdated?  Isn’t it really just applied psychology?  Can’t we accomplish the same things that magick promises through less transgressive, weird, and socially awkward methods?

Every intentional act is a Magical Act.

END_OF_DOCUMENT_TOKEN_TO_BE_REPLACED

Tonight, two friends and I are leaving the City of Angels for the “Valley of the Sun” .

There is something special about packing a bag and departing from the known, for however short a time period, that raises the energetic level of our lived experience.  It is something like dance: a motion that carries meaning.

END_OF_DOCUMENT_TOKEN_TO_BE_REPLACED

The fundamental principle underlying all justification of war, from the point of view of human personality, is heroism.  War, it is said, offers man the opportunity to awaken the hero who sleeps within him.  War breaks the routine of comfortable life; by means of its severe ordeals, it offers a transfiguring knowledge of life, life according to death.  The moment the individual succeeds in living as a hero, even if it is the final moment of his earthly life, weighs infinitely more on the scale of values than a protracted existence spent consuming monotonously among the trivialities of cities.

– J. Evola, The Metaphysics of War 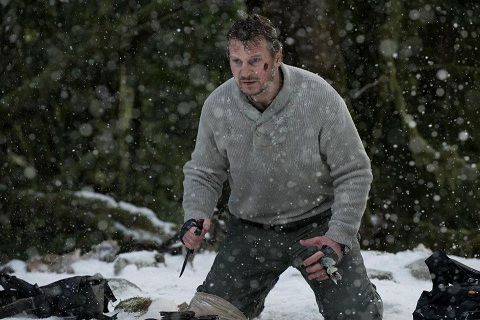 Joe Carnahan’s latest film, starring Liam Neeson, is generating a highly polarized response.   Extrinsically, it follows the exploits of  a group of men stranded in the wilderness, as they try to survive and reach civilization, while they are pursued by an aggressive pack of wolves.   Existentially, the film is about finding a reason to live and struggle on, in a seemingly uncaring and meaningless universe.  Hence the name:  The Grey.

END_OF_DOCUMENT_TOKEN_TO_BE_REPLACED

Everyone wants to know the truth –  not necessarily about this topic or that topic, but about the whole of life.  No one wants to be deceived about this fundamental concern.   Most are content with a shadowy, instinctive ,”feel” .  They may not be able to articulate the purpose of their existence, but they have, as Agent K says in the clip, “a good bead on things”.   This sort of background awareness of meaning may be sufficient for a certain type of person, or category of being, which the ancient Gnostics referred to as “hylic”.  Entirely caught up with earthly existence, the hylic views deep questions about “being” and “purpose” as either meaningless intellectual constructions or  frightening threats to the underpinnings of reality.  For this type “truth” as such has solidified, and become external and fixed.  Here it is the world system that manifests truth.  The individual is entirely separate from the active creation of meaning and, while a given person may be blessed or cursed with position or privation, the significance of these categories is determined elsewhere.

It is a sign of the general decline of the species that the hylic view not only predominates today, but is actively propagated by the dominant intellectual class as a form of state sponsored crowd control.   It is a rare person who tries to peel away the darkened film of  “the obvious” from any subject to reveal something alive and significant.  It takes an ever increasing amount of bravery to differ from the status-quo.   Even those individuals courageous enough to essay this adventure encounter grave intellectual difficulties: first and foremost, an inherited misunderstanding about the nature of knowledge, and truth, itself.

And he attains to the knowledge of them in their highest purity who goes to each of them with the mind alone, not allowing when in the act of thought the intrusion or introduction of sight or any other sense in the company of reason, but with the very light of the mind in her clearness penetrates into the very fight of truth in each; he has got rid, as far as he can, of eyes and ears and of the whole body, which he conceives of only as a disturbing element, hindering the soul from the acquisition of knowledge when in company with her-is not this the sort of man who, if ever man did, is likely to attain the knowledge of existence?  (Plato, The Phaedo, 360 BC)

Although written approximately 2000 years ago,  this description of the process by which knowledge is acquired does not fundamentally differ from the modern conception.  We seek to get behind phenomenon to the “thing itself”, which must exist on its own terms as an abstract representation.   Labeling something “subjective” is tantamount to denying its validity, and we feel we have only really understood something when we can express it as a mathematical formula, grid, study, definition or chart.  The supposed man of knowledge seeks to “get rid, as far as he can, of eyes and ears and of the whole body… hindering the soul from the acquisition of knowledge”.   Truth is here defined as what remains outside the perspective of any individual, save perhaps “god” –  an empty placeholder concept.  Therefore, the individual as such is a barrier to the truth, and should be discarded.   It does not require much imagination to chart the evolution from this concept of truth to the nihilistic ideologies of  Marxism and “scientific” rationalism.

But is this conception of truth in fact TRUE?

There is a highly popular school of “occultists” which is 99 % an escape-mechanism.  The fear of death is one of the bogeys; but far deeper is the root-fear—fear of being alone, of being oneself, of life itself.  With this there goes the sense of guilt.  The Book of the Law cuts directly at the root of all this calamitous, this infamous tissue of falsehood.

What is the meaning of Initiation?  It is the Path to the realisation of your Self as the sole, the supreme, the absolute of all Truth, Beauty, Purity, Perfection!  What is the artistic sense in you?  What but the One Channel always open to you through which this Light flows freely to enkindle you (and the world through you) with flowers of inexhaustible fervour and flame?

-A. Crowley,  Magick Without Tears